Skip to content
Home
Jobs and Employments
NPC Census Recruitment: How To Apply and Application Requirements

NPC census recruitment: National Population Commission, NPC Launches e-Recruitment Portal for 2023 Census, Expects 25m Applications. The census board has opened an e-recruitment portal for the 2022/2023 census. Here are the application processes and requirements.

The commission also stated that it expected at least 25 million applications from Nigerians for open positions.

Census Manager, Inunwa Jalingo, stated this in Abuja while speaking to journalists, adding that the process must be competitive, reliable, and transparent.

“The Commission adopts e-Recruitment portal to recruit ad-hoc staff for the 2023 Population and Housing Census. This portal has been tested during Pretest and Trial Census and has been greatly improved to serve different categories of ad-hoc staff,” Jalingo explained.

Chairman of the National Population Commission, Nasir Isa-Kwarra, who also spoke at the briefing, noted that, most of the personnel for the exercise would be drawn from the communities where they were resident.

“This will remove the huge logistics of moving personnel across the country. Consequently, every community will have the opportunity of contributing to the census workforce thereby ensuring that the people are adequately counted,” he said.

According to Isa-Kwarra, the recruitment process would reflect the quality of data collected and, ultimately, the success of the 2023 census.

In preparation for the upcoming Trial Census in all states of the Federation and the Federal Capital Territory, Abuja, the National Population Commission has launched an e-recruitment portal.

“The launch of the E-recruitment portal at the headquarters marks the beginning of the online recruitment process in which Nigerians of all demography and gender can hook onto the website that the Commission will provide to fill out the online form and get themselves registered to be recruited,” he added.

Dr. Inuwa Jalingo, the Census Manager, stated during his remarks that the e-recruitment portal will first be opened to applicants residing in the six selected LGAs from the six selected States in Nigeria’s six geopolitical zones where the population will be fully enumerated, in order to test and assess the workability of the recruitment process.

He also stated that the portal will be opened to the public later on.

Dr. Jalingo, on the other hand, stated that the e-recruitment portal is geo-fenced, and applicants must reside in the designated LGAs in order to apply for the Trial Census exercise.

Meanwhile, the six selected LGAs and States for full population enumeration are as follows:

The Trial Census will cover a total of 7,718 Enumeration Areas across thirty-six states and the Federal Capital Territory. Six LGAs from six States in the six geopolitical zones have been chosen for full population enumeration, while forty-five (45) EAs covering three Senatorial districts and nine LGAs from each of the thirty-one states and the FCT have been chosen for the Trial Census.

As the National Population Commission (NPC) begins the e-recruitment of ad hoc staff, applicants must meet certain requirements in order to apply for the job.

According to the Census Manager, Inuwa Jalingo, in Abuja on Monday, the NPC wants to recruit 25 million ad hoc workers for the 2023 population census.

However, Jalingo stated that the process must be competitive, reliable, and transparent, so the following are the specific requirements that prospective employees must meet before accessing the NPC portal.

The prospective NPC ad-hoc staff must have the following as listed below:

The unique NIN number is assigned by NIMC after enrollment and is valid for life. It is used during verification and authentication to match one’s biometric data and other details in the National Identity Database, so a candidate who does not have his/her NIN number cannot enroll.

With a functional Gmail account, such a candidate will be able to receive important messages.

3. A valid and functional phone number

When a candidate does not have a functional phone number, it is difficult to reach or call that candidate.

This means that such a candidate should not have a student or NYSC account; whatever account is provided must not be one of these two.

Educational qualifications are the official confirmation, usually in the form of a certificate, diploma, or degree, certifying the successful completion of an education program or a stage of a program, so a candidate must have certificates such as a Secondary diploma, high school diploma, Bachelor’s degree, Master’s degree, or Doctorate degree.

6. must be knowledgeable on how to use computers, tablets, and smartphones

As the applicant will be working with computers to generate, store, and process data, he or she must be computer literate.

However, keep tabs with us for updates on the 2022/2023 NPC census recruitment and other relevant information.

If you think this post on NPC census recruitment will be helpful to someone, then share it on social media. 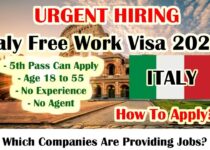 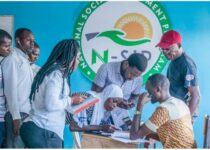