The majority of state-funded universities provide free higher education programs. However, tuition fees may apply to some highly specialized courses. When admitted to a German public university, candidates are only required to pay an administration fee at the start of each year.

Tuition fees for undergraduate and graduate courses were abolished at all public universities across the country as of October 2014. Almost all universities in Germany are state-owned, giving candidates the same benefit of no tuition fee, even if they are international students.

Why Should I study in Germany?

Who Can Study in Germany for Free? Eligibility

Everyone can study for free in Germany! That’s right: Germans, Europeans, and all non-Europeans can study in Germany for free – without having to pay tuition. It makes no difference whether you are from the EU or the EEA.

This is true for nearly all study programs at public universities. There is one small catch: if you are not from the EU, you must obtain a residence permit before entering the country, and you must complete your studies in Germany.

Steps on How to Studying in Germany for Free

Students who want to study in Germany for free must follow the steps outlined below in order to do so.

Select the course of your choice and prepare ahead of time. It is critical for students who want to study in Germany to be able to choose the course of their choice. The German Academic Exchange Service (DAAD) has a database of over 17,000 programs from which candidates can choose, all of which are offered by Germany’s top universities.

Approximately 88 of these programs are taught in English. As a result, it is always advisable for a candidate interested in studying at one of Germany’s public universities to have a working knowledge of the German language before applying.

Once you’ve decided on a course, the next step is to look into German universities and enroll in your preferred school. While each college has its own admission requirements, candidates should have their academic transcripts, work experience (depending on the course), GRE/GMAT scores, English test scorecards, LOR, and SOP ready before applying to German universities.

In Germany, public universities are free to attend. Students would, however, be required to pay an administration fee at the start of each year/semester. This is a minuscule sum. The Germans take their education system very seriously, and everything is meticulously planned.

Living and accommodation costs: Steps On How To Study For Free In Germany

These cities do have more affordable options for students in terms of residence halls, but as the country with the third-largest international student population, they are not without flaws.

In other words, finding a place in the residence halls would be difficult. To reduce your cost of living in Germany, find a university in a lesser-known city or start early and aim to find a place in one of the cheaper accommodations. The remaining expenses and overheads are fairly consistent across Germany. The mandatory Health Insurance, as well as other uniform expenses, add to the cost of studying in Germany.

Apply: Steps on How To Study For Free In Germany

Once you’ve decided on your preferred university, chosen a course of study, and arranged your finances. Your next step is to apply. It is strongly advised to begin the application process several weeks before the official application deadline, as this will allow the aspirant ample time to complete his application form and avoid any last-minute hassle.

Candidates seeking an education loan to study in Germany must keep all supporting documentation on hand for ease of application submission. Candidates are asked to provide as much information as possible in order for the application process to run smoothly.

Get your German Student Visa/How to apply for a study visa:

Candidates must obtain a residence permit or a student visa for Germany in order to stay in Germany for more than 90 days as a student. Candidates must demonstrate to the visa officer that they have sufficient funds in a Blocked Account for one year.

The monthly payment would be €861 or €10,332 per year. A student’s residence permit is valid for a maximum of two years. If the course lasts longer than the specified two years, it must be renewed. After receiving your university admit letter and successfully applying for a German Student Visa, the next and final step is to depart for Germany to pursue your dreams.

Taking off and life in Germany: How To Study For Free In Germany

Candidates only need to fly out and reach their dream destination of studying in Germany once their application has been accepted and their VISA has been stamped. It would be difficult for students who were flying to a foreign land for the first time, but the warm nature of the Germans would make students feel at ease the moment they landed.

Beautiful scenery, extracurricular activities, and vibrant nightlife would keep students from feeling isolated in a foreign land. Germany has a thriving industry, and recent graduates can find employment in their respective fields in Germany.

Which Universities can I study for free in Germany?

Among the largest public universities are:

Why do Public Universities in Germany not Charge Tuition Fees?

Tuition fees are charged by universities almost everywhere in Europe and the world, even if only from foreign students who come to study there. Germany is one of the few countries in Europe where you can study for free, even if you are from Asia, Africa, or elsewhere.

In general, Germans believe that education should not be treated as a commodity and that free access to higher education promotes economic growth and welfare for the entire population.

In addition, German governments in recent years have recognized the economic and social benefits of immigration. Germany wants the brightest minds to come to the country to study, and ideally to stay and work after graduation. As a result, there are no general tuition fees for foreign students.

Can I Stay in Germany After I Graduate from University?

Yes, international graduates of German universities are permitted to remain in Germany while looking for work. That is true for all students, regardless of their country of origin. If you are not a European Union citizen, you can apply for an 18-month residence permit after graduation.

More so, with a “job seeker visa” (or “post-study work visa”), you can look for a job that matches your qualifications and work for any company during the 18-month period. More information about the graduate residence permit is available from the German Federal Government.

What scholarships are there for studying abroad in Germany?

In Germany, there are numerous scholarships available to international students. The German Academic Exchange Service (DAAD) has an official scholarship database where you can search for scholarships based on your country of origin, for example.

I hope this post on how to study in Germany for free was helpful. 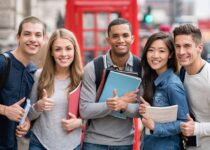 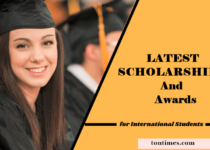